Marc Wiegand is a San Antonio-based international lawyer and artist whose work is in numerous private collections in Texas, Mexico, England, and Spain, and at the University of Texas at San Antonio. His work has been shown in public exhibitions in Houston, San Antonio, and Edinburg, Texas; in Lawrence, Kansas; in New York City, and Brooklyn, New York.

My ‘light boxes’ are based on translucent light, which has a unique color that is, at the same time, both intensely rich and evanescent – a color that changes as the viewer changes perspective. As a result, the compositions are inherently unstable – mimicking the instability of perception and memory, the dual phenomena on which all of my work is based.” 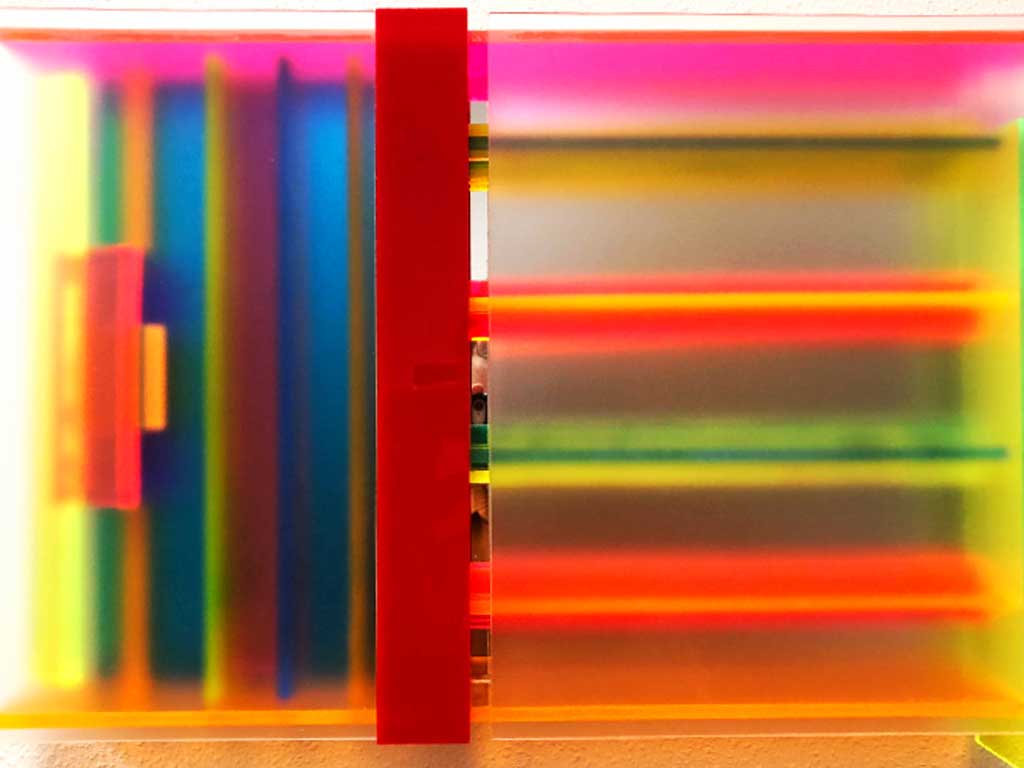