Born on the High Plains of eastern New Mexico, Gary grew up on his family’s ranch, riding horses, working with cattle, daydreaming a little, and learning to weld and work with metal. He built his first spurs in the late 1980s, creating a pair for himself to use and a couple more for friends.

In 2014, Gary took the plunge to turn metal-crafting into a livelihood, working out of a shop in New Mexico at the beginning. A family move brought him to San Antonio in 2016, and he set up his shop in the creative environment of The Hausmann Millworks.

Using the almost invisible blade of a jeweler’s saw, Gary cuts out intricate scrolls or Celtic patterns, names, initials, cattle brands, or other shapes. He solders the resulting pieces onto spurs (or buckles, keychains, conchos, broaches, necklaces, earrings…the guy can make almost anything), and then hand-engraves details, shading, and highlights onto those mountings.

While the finished product may look too special to wear, most of the Texas-style and Chihuahua-style spurs Gary builds head straight to the booted heels of his customers and are used daily. His buckles and jewelry are destined to become much-worn favorites.

Bottom line: Whatever Gary is making, his goal is to produce solidly built, functional pieces that are also beautiful…and sometimes downright fun.

Since his childhood Gary has been doodling on paper and playing with modeling clay. With a flair for art and a bottomless imagination, he can take virtually any idea you may have and transform it into a unique, permanent image in metal. Much of his work is by commission, working with each customer to design, build and decorate a one-of-a-kind piece of functional art.

Gary has built spurs for the Women’s Protective Services (WPS) Annual Spur Auction in Lubbock, TX, since 2014, bringing in the top price in 2017 and 2018. He has built fundraising raffle spurs for the National Cowboy Symposium & Celebration (NCSC) in Lubbock since 2016, and twice built trophy spurs for an annual competition of the Oklahoma Foundation Quarter-Horse Registry (OKFQHR). You can find him every May at the trade show at the Western Heritage Classic in Abilene, TX. 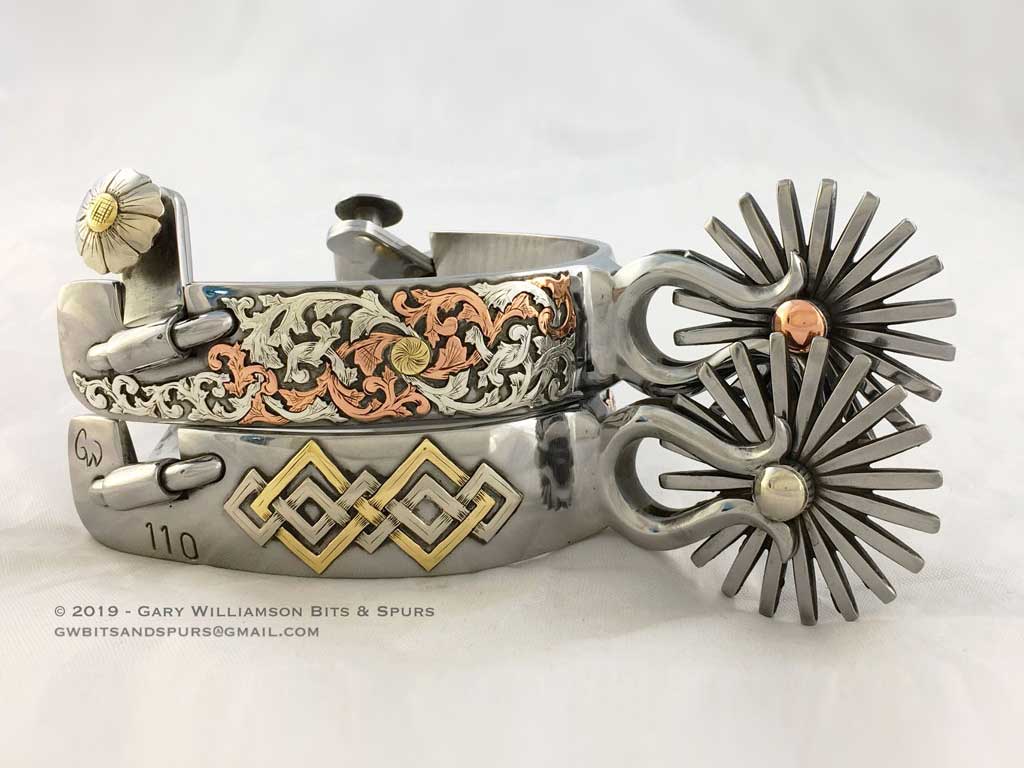