As a child I grew up far from wealth and with few opportunities, but my mother gave all that she had so that I would grow up right. She made sure that I made the right choices, and when I didn’t she was there to correct them.

As an adult I have tried my hardest to be a decent human. I worked the 9 to 5 job, got married, had kids, had a divorce, and so on. Art has never le me. One day as I had breakfast in my favorite neighborhood Mexican restaurant, I see a family walk in who look as if they were obviously not from San Antonio. They poked fun at what we call Mexican food and were genuinely enjoying each others company. When their food arrived they said grace so piously that it touched me in a powerful way. I think I ate a whole taco while they prayed. It is a level of appreciation that you don’t see too often anymore. I took a quick picture for a reference shot, and did a quick sketch. I gave the family the sketch. They showed as much appreciation for the drawing as they did for the food. It warmed my heart.
I painted this painting in the studio. I wanted to really tell the story of how it felt seeing them in reverence for their meal as if they don’t come around often enough. I remember what it’s like to be hungry. I remember what its like to be in the shadow of downtown, were all the money was perceived to be. Neighbors shooting each other, men drinking all night. Violence, and gunshots, but no one in downtown knew or cared. We were like the abandoned children of the city. But I grew up with hope and the courage to overcome my environment. This is what I remembered when I painted this piece. It is a story of the things I have overcome in my life, and the struggle that I endure still to persevere. 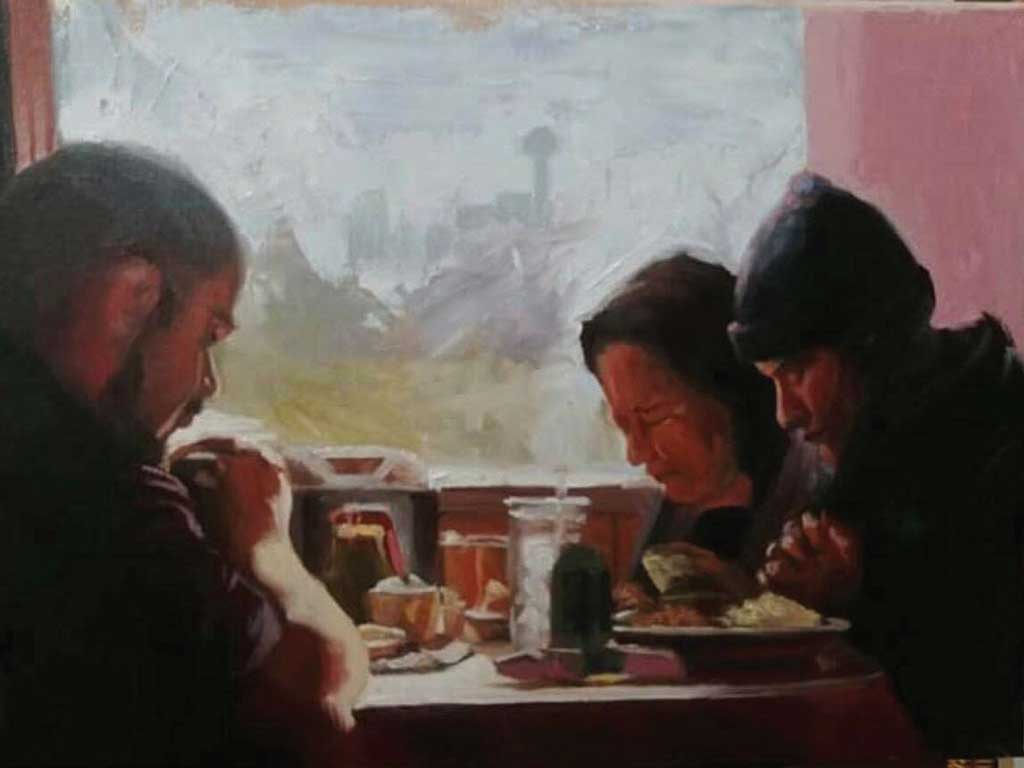